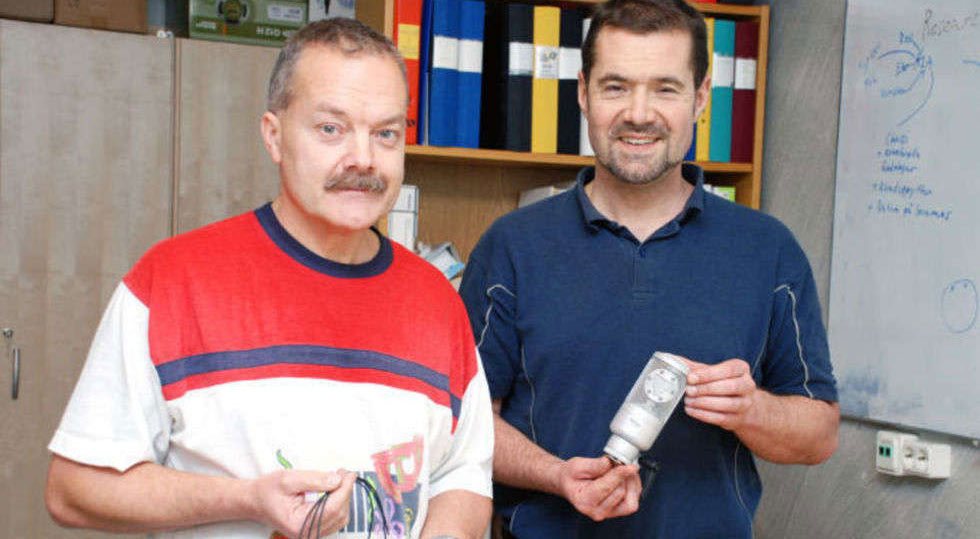 Three years ago Research Electronics AB was named entrepreneur of the year in Leksand and Dalarna. Since then, the company has been riding a wave of success at Företagshuset.

– We have stable finances and a good order book, says the company’s CEO, Sven-Åke Eriksson.

– Finances have been good for the last ten years. We are well-equipped should the economic crisis strike around the world.

It was autumn three years ago that the awards came thick and fast for the Siljansnäs company with a focus on customised electronic systems. The Entrepreneur of the Year in Leksand and Dalarna award was of course a big one. At the national final, however, it was beaten by the winner, veterinary and CEO of Halland Animal Hospital, Marjaana Alaviuhkola.

Sven-Åke Eriksson believes that the company’s excellent performance has continued. Ten employees have become 14, with three last year, and annual sales have increased from ten to twelve million kronor in the last 2-3 years alone.

Will more staff be taken on?

– We can only imagine so. To meet the needs of large-scale production, we have to have staff and premises. We are brave enough to employ people, even though it costs money.

Sven-Åke Eriksson is committed and enthusiastic. The staff have been handpicked. He himself has a Master’s degree in engineering physics, as well as a doctorate, and he is highly regarded in the research community. He proudly shows off the studio microphone that delivers the perfect sound and the amplifier for electric guitars with sound as clear as a bell that guitarists have only been able to dream of. Another success for Research Electronics is the special electronics designed for lifts.

There appear to be no limits for Sven-Åke Eriksson and his colleagues, and it is clear that as a resident of Siljansnäs, he cares about the local area. Of the 14 employees, ten come from Siljansnäs. Four are members of the Eriksson family, Sven-Åke and his brother Hans, along with sisters Kerstin and Carina.

– Things have just rolled on, sums up a satisfied Sven-Åke Eriksson.

As long as Sweden and the world keep developing, Research Electronics will be there with the expertise to develop electronic devices that cannot be found on the market.