Wind in the sails of microphone manufacturer in Bispberg 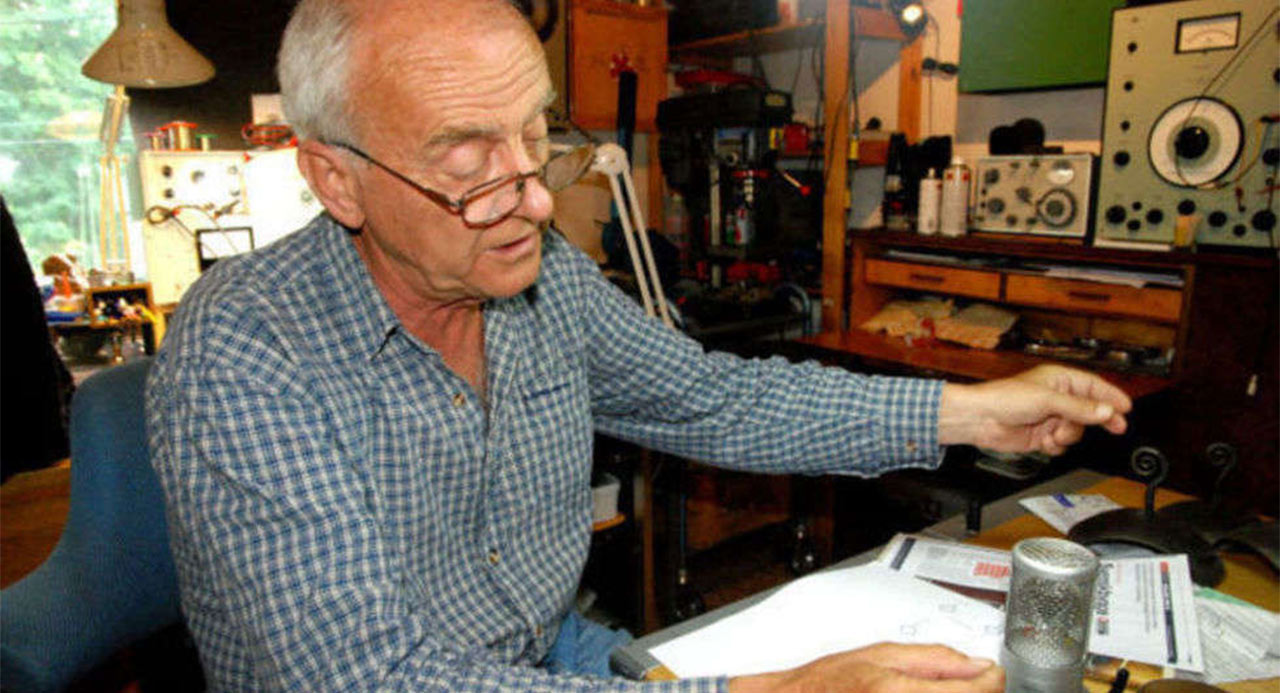 Well-respected trade magazine Studio says about the Ehrlund Microphones EHRLUND EHR-M microphone that it is “very interesting” and that “if you are a fan of realism and want to record things as they are, you’ll find it hard to find a better device.” In a cabin in Bispberg, outside Stora Skedvi, lives Göran Ehrlund, the inventor of this praiseworthy design.

– I wanted to get rid of annoying resonances in the sound and I experimented until I came up with this microphone, says Göran, picking up different-shaped metal objects that give off sounds. First he hits the square-shaped object and then the triangular one. There is a noticeable difference in the sound.

– My microphone has a triangular-shaped membrane that reduces unwanted resonances. What happens is that the elements that cause interference are killed off more effectively in the triangular shape, explains Göran.

Work to develop microphones has always been part of Göran’s work one way or another, but it is only in recent years that he has established innovation and production and gained a good reputation in the industry. The road has been paved with difficulties, however, and he is very critical of the authorities who often hinder rather than help.

– Organisations such as the Swedish Trade Council, the Swedish Chamber of Commerce and Almi are extremely obtuse and make it much more difficult for inventors to establish and create a market for their ideas. They are more interested in supporting large, already established companies. I do a lot of business in the USA and they are just dumbfounded about what a strange country Sweden is.

After some trial and error, he established a partnership with a workshop in Torshälla that makes all the components and electronics company Research Electronics in Siljansnäs, which assembles them.

Göran’s persistence has paid off and today things run a lot more smoothly. The microphones are sold all over the world, with Germany and Switzerland among the largest customers. The Germans are zealous in their quality assurance and have thus helped Göran with his product development. Swedish National Radio is another repeat customer who has helped with a knowledgeable development department, which has given Göran a good response. The two major music centres in the West have also woken up to the microphones.

– Market growth has been ferocious in the USA in the last six months, especially in Nashville and California. Success on the market depends a lot on word-of-mouth among musicians, he says. As an example, he names American guitarist Andy Reiss, who has a world-class guitar collection. Swedish cellist Lars Danielsson takes a pick-up on tour with him and hires instruments locally. The guarantee of good sound is in the microphone.

What does the future hold? Göran is always working on new ideas and new projects that he wants to keep secret. The next generation of microphones is already underway, using “twin technology”. This microphone has an amplifier on each side in order to further reduce the noise. It will be ready in the autumn and he has already received orders for it.

Although Göran has reached retirement age, that does not mean he will sit back and take it easy. New ideas are flourishing and taking shape and will continue to do so for the foreseeable future

– I will keep developing as long as I live. I want to make good things. It is fascinating to test the laws of nature and come up with something new. I have even paid off the debts for the patent I took out and everything is running better than ever.